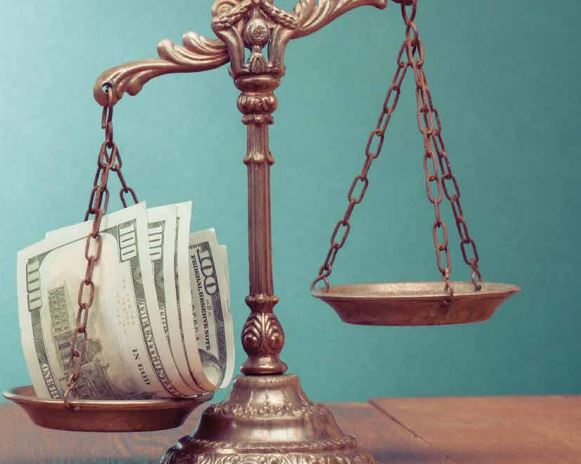 With companies starting to release CEO pay ratio data for the first time, boards and management teams are bracing for a wave of reactions: How will activists and employee groups use the information to crank up criticism? Will the media join the attack? Will employees or investors care?

Many directors have started to focus on a more strategic question: Is this just another flash in the pan? Or something more?

The CEO pay ratio disclosures could be the tipping point that expands the board’s talent focus beyond senior executives to the broader employee population. The regulations require a first-ever detailing of pay levels for employees below the executive ranks. This will open the door to new discussions on a host of broad-based pay related topics at a time of heightened national dialogue on income inequality and new investor emphasis on environmental, social and governance (ESG) practices.

Investors have been pushing companies on a broader range of issues — especially topics extending to sustainability, diversity and equality of all kinds.

The topic of gender pay equity is an example. Institutional Shareholder Services (ISS) reported in October 2017 that when it asked investors if they wanted more disclosure of the gender pay gap, 60% answered yes. Last year, companies received 30 shareholder proposals on the subject. The biggest passive investors, including State Street, Vanguard and BlackRock, have taken a strong, public stand on the issue.

Although the pay ratio is no more than a new number to quantify an old fact, we think the dialogue surrounding it will draw boards more deeply into how compensation is designed and administered down through the organization. Consider these likely scenarios:

Shareholders file a wave of new proposals related to the ratio, including requests for more information and “caps” on the maximum ratio. The proposals, though unlikely to pass, draw even more attention to the topic and oblige more director conversations with shareholders.

Politicians raise an outcry” and troll for more revenue. Massachusetts has already proposed raising the corporate income-tax rate by two percent on companies with a pay ratio above 100:1 (ratio based on highest-paid executive, not necessarily the CEO). Minnesota, Connecticut and Rhode Island have floated similar bills.

Risks to a company brand in the talent market.

Companies that are not perceived to take diversity and pay equity issues seriously feel pressure on their brands and competitiveness in the talent marketplace.

As these developments take hold, boards, as independent monitors, are likely to see their roles expand, continuing the trend from the last decade. In recent years, compensation committees have moved beyond the traditional focus on senior executive pay to topics such as clawback policies, compensation risk reviews and direct shareholder engagement. Recent scandals at Wells Fargo and Equifax have further accelerated calls for deeper involvement by boards. Where was the board and how did the directors let this happen? That’s the first question people ask.

Boards have an opportunity to set the tone to ensure these broader issues are appropriately prioritized and considered in annual processes. Should the board be more involved in reviewing broad-based talent and pay related topics? Is now the time for a broader charter of talent and human resources committee to fully take hold, replacing the narrower compensation committee mandate?

Regardless, in addition to better guarding against broad-based compensation risks, boards should prepare for new inquiries from external stakeholders on pay equity topics by asking:

The pay ratio is not much on its own. But with recent political developments, broader dialogue on income equality and diversity, and external criticism of governance and oversight associated with recent corporate scandals, it carries the weight of a lot of other issues with it. External expectations are forcing a broader talent mandate. How will your board respond?

Blair Jones has 30 years of executive compensation consulting experience. She has worked extensively across industries and has depth of expertise working with companies in transition. Prior to joining Semler Brossy, Blair was the practice leader in Leadership Performance and Rewards at Sibson and an Associate Consultant at Bain & Company. Blair holds the designations of Certified Benefits Professional (CBP), Certified Compensation Professional (CCP), and Certified Executive Compensation Professional (CECP). Blair has been named to the D100, NACD Directorship Magazine’s annual list of the most influential people in the boardroom community, including directors, corporate governance experts, regulators, and advisors, for nine consecutive years (2013–2021).

Seamus has over fifteen years of executive compensation consulting experience. He has deep expertise working with companies in transition, highly innovative companies, and high-growth industries. Seamus employs a deep analytical skill base and a problem-solving approach to construct creative solutions that fulfill client needs, including rewarding leaders for achieving results that create sustainable shareholder value. Prior to Semler Brossy, Seamus founded a technology consulting boutique focused on data and process management.

Seamus has served as a member of the Executive Compensation Certification Committee for World at Work.

Many business thinkers have criticized corporate “short-termism” that discourages crucial long-term investments in intangible capabilities. Executive pay programs get much of the blame, as even “long-term incentives” last only three years, with the goals for each year’s tranche reset annually.