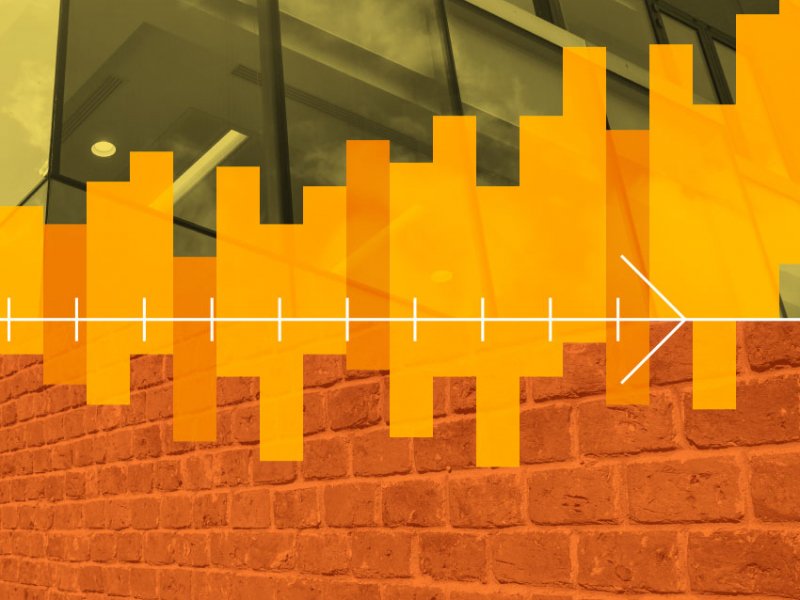 Trends and Practices in REIT Pay Programs A 10-Year Study

Specifically, we analyzed proxy statement disclosures of 70 of the largest REITs by total assets (ranging from $4B to >$40B), focusing on pay design for the CEO role. Our sample includes full coverage of the real estate industry (e.g., healthcare, industrial, hotel and resorts, office, residential, retail, diversified, and specialized) to provide a comprehensive perspective on the REIT industry.

Compensation Committees face pressure to link incentive programs and executive pay outcomes with the right type of performance. As business priorities shift, any design changes should consider the balance between rewarding for long-term outcomes and the types of behaviors and financial performance underlying the outcomes.

Our study of long-term incentive practices in REITs over the past 10-years uncovered a few prevailing practices and go-forward practices:

Proxy advisor and shareholder demands to increase the link between executive pay outcomes and company performance accelerated the popularity of performance-based equity. Starting in 2011 with the introduction of Say on Pay, proxy advisor voting guidelines explicitly outlined the consideration of the ratio of performance to time-based long-term awards in the qualitative portion of their pay-for-performance assessment. Over time, the expectation of having the majority of equity earned on performance conditions became one of the hallmarks of compensation design. Accordingly, nearly all REITs today use performance-based vehicles for either all or a portion of the long-term incentive plan, a sharp increase from only two-thirds of companies in 2010.

Across all industries, early long-term performance program mechanics were often implemented to “check the box” of external demands. Companies pressured to implement performance-based programs in the beginning often chose TSR as the predominant performance measure given its ease of implementation and alignment to shareholder and proxy advisor pay for performance tests.

The popularity of TSR holds for REITs as well— the prevalence of TSR as a performance metric remains as the common thread between REIT programs in the past and today. In 2010, 78% of companies with long-term performance programs measured TSR (53% as a sole metric and 25% mixed with other metrics).

The use of TSR metrics continues to grow to include nearly all REITs or 95% in 2019. While TSR is a commonly used metric in nearly two-thirds of the broader industry, it is even more prevalent in REIT programs given its inherent ties to REIT performance. TSR measurement aligns with the investor view that REITs are long-term investment vehicles that provide long-term shareholder returns.

The high dividend yield nature of REITs further solidifies the argument for TSR. Conceptually, high dividend paying companies, like REITs, experience lower stock price growth given that company value is transferred directly to shareholders rather than reinvested into business operations. However, because the TSR calculation assumes that dividends are reinvested into the company, any stock price decline as a result of dividend activity is normalized. Equity vehicles that only focus on market-based stock price growth, such as options, exclude the impact of dividends and could potentially undervalue the overall shareholder value creation that REITs provide. Accordingly, very few REITs use options as an equity vehicle in long-term incentive programs (6% in 2019). The use of other financial or strategic measures— without any explicit measurement of TSR—is falling away over time, from 23% in 2010 to only 5% in 2019. Most of these financial or strategic metric-only companies have since adopted a TSR metric, explaining the increase in prevalence of mixed plans that have both TSR and other metrics in 2019. Plans measuring TSR metrics only have generally been stable over the studied period, with a slight decline between 2010 and 2019. This reflects the ever-increasing need for pay programs to balance rewarding for after-the-fact outcomes (i.e., TSR performance) with business objectives that drive behavior (i.e., financial and non-financial metrics). While the decline in TSR-only plans has been slow, we expect this trend to continue in favor of mixed plans.

1. Should TSR be measured on an absolute or relative performance basis?

Over time, the TSR metric itself diverged into two measurement forms:

Today, relative TSR is more commonly used in REIT long-term incentive programs. Absolute measurement declined from 61% of TSR programs in 2010 to 38% in 2019. Around a third of REITs choose to use relative TSR in conjunction with absolute TSR. This combination rewards outperformance at any point in a real estate/broader economic cycle and acknowledges that company economics and the investor experience depend (at least to a degree) on industry or broader cycles. In today’s programs, absolute TSR is typically included in the form of a modifier or hurdle, as opposed to a distinct metric, to limit the prominence of absolute TSR. Only 20% of companies have a distinct absolute TSR metric in 2019, compared to the 52% in 2010.

Many investors and prominent proxy advisors favor relative metrics. Executives earn rewards only when shareholders’ returns exceed a market or peer benchmark. Relative TSR avoids one of the common pitfalls of absolute TSR, the potential that companies are paying for market movement rather than company-specific performance.

Relative TSR also alleviates goal-setting issues that plague absolute TSR metrics. Committees face significant pressure to evaluate the market assumptions of absolute TSR goals, which can ultimately change outside of management’s control. This could lead to goals that may be too difficult to achieve when the market faces an unexpected downturn or a perception that goals were not rigorous when the market booms. These scenarios result in a metric that management may feel unaligned with and unmotivated by and open up possible scrutiny from external parties for what could seem like careless goal setting. At the same time, companies are expected to generally set growth goals above the prior year’s actual results, which may be unfeasible over the long term.

Absolute TSR metrics certainly have flaws that committees should actively consider; however, they still play a valid role in REIT long-term incentive plans today. Proxy advisors prefer when relative TSR metrics are capped in scenarios where absolute TSR, regardless of relative performance, is negative for the measurement period. Today, ~20% of REITs in 2019 have included absolute TSR as a hurdle or modifier to help further align executive pay with shareholder experience.

2. What are the important decision points of relative TSR design?

While one of the selling points of relative TSR is its simplicity, committees must consider two mechanics to optimize the effectiveness of the design: the basis of comparison and goal setting.

The basis of relative TSR depends on the ability to pick a performance peer group that includes companies experiencing very similar market and performance dynamics. The good news for REITs is that there are typically many candidate companies of comparable scale, organizational complexity, and business focus. Further, several existing and readily available REIT indices can be used effectively for relative measurement.

For REITs, indices are the most common type of performance peer group, with equal prevalence between broader REIT indices (e.g., MSCI US REIT, NAREIT Equity REIT, etc.) and asset-class specific indices (e.g., NAREIT Equity Health Care, SNL US Office, etc.). However, approximately 25% of REITs who use an asset-class-specific index also have another TSR metric that measures against a broader REIT index to ensure broader market alignment. The use of multiple TSR metrics to measure against different performance peer groups is unique to REITs. In contrast, broader industry companies generally only use one performance peer group. Custom performance peer groups comprised of hand-selected companies are less common (approximately 25% of REITs in 2019). Indices can be particularly attractive for relative TSR measurement, largely because their use stands clear of potential critiques of bias in customization (e.g., a reference group that is less influenced by individual company circumstances).

Figure 9. 2019 Performance measurement – basis points vs. percentile rank (n=54, excludes those who did not disclose goals)

3. Why should TSR be used alongside other financial or strategic metrics?

Relative TSR is not impervious to a host of issues and criticisms. Proxy advisors and compensation experts alike warn against placing excessive focus on relative TSR for long-term incentive programs. When programs use relative TSR as a sole metric, they run the risk of a few fundamental design issues:

To minimize the drawbacks of the relative TSR metric, REITs could include measurement of other financial or non-financial metrics critical to strategy. These metrics typically have a better line of sight for participants, which can, in turn, help incent specific behaviors or performance necessary for company success.

Nearly 50% of REITs with performance plans studied already include some mix of relative TSR and other financial or non-financial metrics. On average, REITs with mixed plans give equal weight to both metric types, highlighting the importance of a holistic performance measurement approach for these companies. The majority or 77% of these REITs with mixed plans prefer using financial-related metrics, where the most common categories include earnings (e.g., funds from operations (FFO) and NOI) and balance sheet management (e.g., leverage). A minority of REITs, or 23%, also include other non-financial or strategic goals. As it stands today, this practice is currently lagging general industry, where we see an uptick in the adoption of non-financial metrics in the long-term incentive programs. However, we would anticipate that REIT practice will not materially differ from that of the general industry over a longer horizon.

Broadly speaking, a well-designed long-term incentive program should serve to retain executives while incenting them to achieve long-term priorities. While market practice implies that TSR is the preferred performance measurement within REIT long-term incentive programs, it is essential to be thoughtful of the intrinsic mechanics of the TSR metric and whether the program needs to balance other financial or nonfinancial performance considerations.

Rachel joined Semler Brossy in January 2018 and has worked with boards and management teams at public and private companies across a wide range of industries. Prior to joining the firm, Rachel worked at PricewaterhouseCoopers as a certified public accountant (CPA). Rachel graduated from Boston College with a BS in Finance and Accounting.