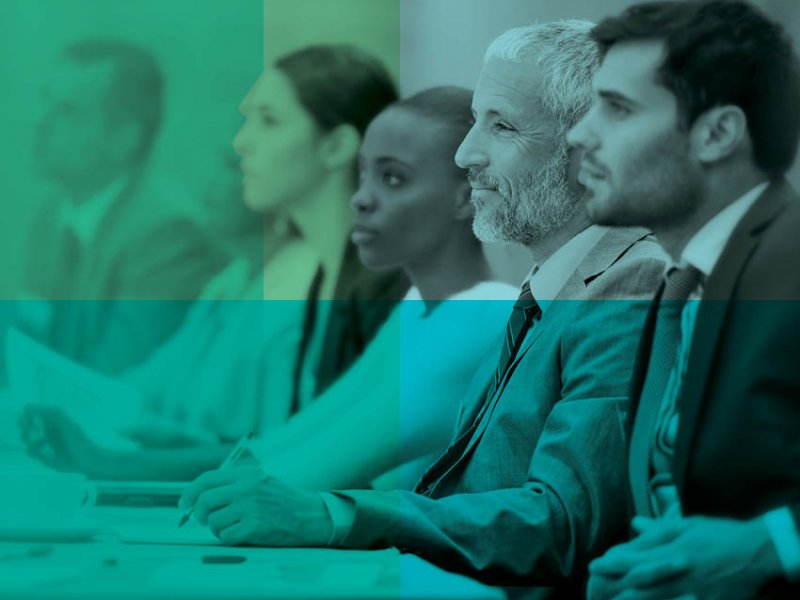 Pressed for greater oversight of human capital management, boards are exploring ways to expand and sharpen their focus on talent.

Human capital management had already been elevated to a board-level issue before Covid hit, but the global pandemic that forced employees to go remote overnight, the social unrest over racial justice, the investor community demanding greater accountability, and transparency around diversity have all pushed talent and human capital issues to the top of board agendas. However, while the need for greater oversight at the board level seems clear, just how to do that is still a work in progress, according to directors gathered for a virtual roundtable cosponsored by Semler Brossy.

“The role of the comp committee is changing,” said Raj Gupta, former chairman and CEO of Rohm and Haas and current chair of Aptiv. “It used to be audit commit-tees were under fire, but these days comp committees are under more fire than audit. There has been a lot of change, both in terms of agenda as well as expectations.”

A good CHRO can really evaluate the discussions around this area, bring more to the board and let the board help the company in the ways that they’re able.

To satisfy expectations, around 50 per-cent of the Fortune 100 have amended their charters to add a human capital element to the comp committee. At Opiant Pharmaceuticals, the board began that process three years ago when it realized there was almost no mention of people in management’s performance goals. “Company success is built on the shoulders of its people,” said independent director Ann MacDougall, who also sits on the board of Atmos XR.

She pushed back, and a robust dialogue ensued. “So, well before we switched over to the expanded charter, a substantial part of our committee discussion related to people, retention, culture. So, the leadup to the formalization of this was organic, within a very strong board.”

Similarly, at Humana, the board had been doing regular deep dives into talent prior to the expanded charter, bringing in heads of each major P&L division to answer questions about how their division supported the strategy and the human capital elements around that, said W. Roy Dunbar, a former director at the company who currently sits on the boards of Duke Energy, SiteOne Landscape Supply and Johnson Controls. “There were many very valuable outcomes from that, not least of all that we started to see the actual mentality and actions of specific leaders, which then helped us with succession plans for the CEO over time.”

Directors agreed that getting deeper into human capital elements has allowed them a useful window into the company’s bench strength. Independent director Lisa Payne shared that at Rockwell Automation, the board routinely has dinner the night before meetings and invites not just the CEO’s direct reports but the level below. “And maybe even the level below that,” she said. “We get deep into the organization with the HIPOs… You see the collaboration and get a much better feel of the culture in a very casual setting.” And then when it comes time for the talent review session, she noted, “I’ve actually met most of those people.” She added that since Covid, they’ve had virtual “dinners,” with breakout groups that allowed people who normally wouldn’t attend be-cause of the distance to interact. The virtual meetings have been so successful, the board plans to keep a mix of virtual and in-person meetings post-Covid.

Directors sometimes learn the hard way that relying on management for talent assessment isn’t the best strategy. “When we had a quick exit of a CEO, we found out how the depth on the bench was lacking and the quality of people was not what we were led to believe,” said Gupta of one of the 14 public boards on which he served.

If the CEO is reluctant to expose their leadership team, Charles Story, former director of Briggs & Stratton, recommended a smaller group discussion. “It’s a little bit more difficult for the CEO to be responsive when the whole board is there; they may get their backs up.” A better way might be a one-on-one conversation with the lead director, who can often “pull back the onion on some of these issues so that the CEO can hear it much more so than they might otherwise.”

Blair Jones, managing director with Semler Brossy, agreed that bench exposure is critical. “I see a lot of opportunity in this broadened mandate that committees have, but unless you combine it with being able to interact with real people and real employees, you sub-optimize the opportunity.” She noted that boards should make it a priority to get access to the CHRO. “A good CHRO can really elevate the discussions around this area, bring more to the board and let the board help the company in the ways that they’re able.”

When directors broaden their manage-ment connection, they have the chance to solve problems faster and better. Rose Crane, director at Teva and Catalent Pharma Solutions, pointed to an experience at the latter company, which had a production is-sue with the J&J vaccine in Baltimore. Rath-er than trying to control the communication channels, CEO John Chiminski encouraged board members to connect directly with his executive team. “We were able to exchange great partnership experiences from the companies we all work for,” she said. “It’s a whole different level of engagement.”

Gupta, who sat on the Hewlett-Pack-ard board while Meg Whitman was CEO, recalled a successful buddy-mentor system. “She basically assigned each one of our executives [and high-potential people] to one board member as a mentor,” he said. Tyco, under Ed Breen, had a good practice as well, he added: several board members would go to a site without anyone from the corporate office, meet 10 to 15 execu-tives for dinner and have a town hall with employees. “That allowed us to really get a grassroots sense of what the organization was feeling.”

Tying it Back to Comp

Directors noted that comp committees are still exploring ways to tie human capital metrics to reward, even as investors clamor for more transparency. But Dunbar said that underlying goals can be achieved even if boards are not ready for full disclosure. At Johnson Controls, DE&I metrics, for in-stance, are not expressed in the CD&A, “but they are a clear requirement for the CEO to work with. Every [member of the executive team] has it as a component of their personal goals, and if somebody is missing something on that, they get dinged.” He added that as long as the chair of the comp committee is engaging with shareholders in an annual or biannual dialogue about how goals are being achieved, “I’ve found share-holders are extremely comfortable.”

He also pointed out that a variable reward of as little as 5 percent for exceeding human capital goals can be very motivating to executives. Gupta recommended that, for the 20 to 30 percent of compensation not based on financial measures, boards employ a scorecard method. “Have the CEO write their objectives by stakeholder and

the two or three most important categories in each of those, and the metrics to show improvement.” The CEO should then update the board on progress at least every other meeting, and it will then be more apparent why salary or equity awards are being increased or not.

It also ensures that executives are promoted based not only on numbers, Jones said, but on the cultural instincts and the characteristics “that are really going to make the organization successful on a sustainable basis.”

And boards do need to maintain that longer-term outlook, said Dunbar, because while the average tenure of a C-Suite ex-ecutive is three to four years, the average tenure of a board director is 10-plus years. “So, it is incumbent upon us to recognize the longevity and therefore the influence that we can have over time, and also the fact that we need not be muscular, because for us, it’s a long game.”

This article was originally published in Corporate Board Member.