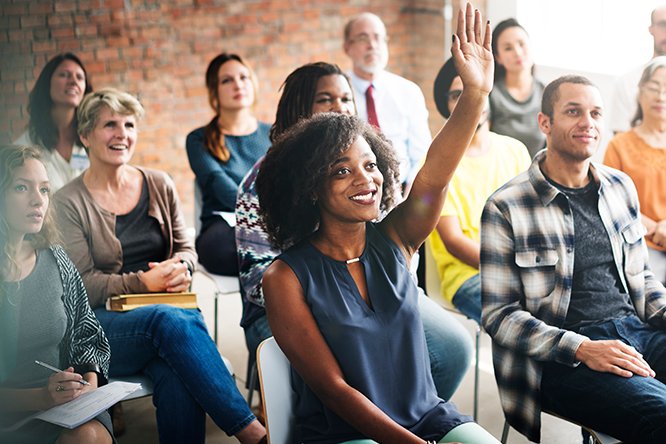 Companies are now facing a range of urgent human capital challenges. Workforce productivity that has remained stubbornly stagnant over the last decade; unemployment that is near historic lows, making it much harder to attract and retain top talent; and political and social pressures to address diversity, gender pay equity, and the wages of the rank-and-file employees, particularly in low-paying industries like retail and hospitality.

Institutional investors, led by BlackRock, have heightened the focus on these challenges in their conversations with boards and management teams. BlackRock has even made human capital management a 2018 “engagement priority,” seeking to determine if and how boards oversee and work with management to improve performance in these areas. BlackRock seeks to ensure companies are adopting sound business practices likely to create the engaged and stable workforce needed for competitive advantage, especially where it helps them to win the war for talent in labor-constrained markets.

Given that the challenges highlighted by BlackRock are primarily human resources related, responsibility for board action typically falls to compensation committees, and that committee’s role has expanded well beyond executive pay in recent years. The members of those committees now increasingly have to concern themselves with issues once left entirely to management.

We believe the appropriate response for many boards is to assure that management is making smart human capital investments” in other words, that the investments yield a high return on investment. Such investments might take one of several forms:

Investments will help to more fully engage employees, help to make employees more productive and increase their value add (e.g., through improved customer satisfaction), and help secure needed talent now and into the future. This contention is supported by recent research, which has shown that human capital investments, when coupled with business process changes, can lead to improved employee performance, higher levels of customer satisfaction, and in turn, better financial and stock performance.

Zeynep Ton of MIT has recently spearheaded research into this topic. She demonstrates the benefits of investment in employees with her research at Costco, Trader Joe’s, Mercadona, Quicktrip, and other companies. She found that investment, combined with the right operational strategies (e.g., focus and simplification, standardization and employee empowerment, cross-training, and operating with slack), raises productivity, reduces turnover, reduces costs, maximizes profits, and improves returns.

Ton notes that the companies she has studied also often pay individuals more through higher wages, as well as using more full-time people who are more frequently promoting from within. Companies pay more in some cases to protect their investments and also because more fully engaged full-time employees enable the companies to make needed changes to business processes.

Walmart is an example of the promising returns some companies hope to reap by giving more attention to human capital management. Improved human capital management was a core element of a multi-pronged strategy introduced by Walmart CEO Doug McMillon which included increasing its e-commerce presence, selling more upscale and premium brands, and better blending its digital and brick-and-mortar channels. With respect to human capital, although much attention has been given to Walmart’s decision to raise pay starting in 2015, and more recently to raising its starting wages from $9 to $11 per hour, the company also offered employees more training and made work schedules more predictable. It also expanded maternity and parental leave and created Walmart Academies, locations in the back of stores for associates to learn management skills” running a store department, using mobile tools, leading and motivating associates.

While its shareholders initially took a hit as the stock price declined, in the last twelve months, the stock has outperformed the S&P 500, at least in part from its holistic approach to human capital investment

Other research suggests the benefits of such investment can accrue to many companies. Alex Edman, whose work examined companies in Fortune magazine’s list of the “100 Best Companies to Work For,” showed that the listed companies earned, over the long term, excess risk-adjusted returns of 3.5 percent. Similarly, research by Aaron Bernstein and Larry Beeferman, who surveyed a multitude of studies on human capital, found a positive correlation between human resource initiatives and investment outcomes. The initiatives led to better total shareholder returns, returns on assets, returns on investment, and returns on capital employed.

Directors in companies in some industries might worry that investments in employees that include higher pay would invariably hurt earnings. The evidence is otherwise, so long as companies raise wages as well as make other changes to improve employee performance.

To get some idea of the relationship between higher pay and performance, Semler Brossy Consulting Group (SBCG) took a look at companies in a traditionally low-paying, low-margin industry” retailing” and could not find evidence that companies paying more hurt financial performance. Because salary data is not publicly disclosed, SBCG used employee-reported pay data from the online job-posting site indeed.com, which reflects employee-reported average hourly wages by job title over the prior 36 months.

Although this was only a pilot analysis, SBCG found that the higher-paying companies, on average, outperformed lower-paying companies in sales growth, margins, earnings growth, and total shareholder returns. The assumption is that the profitable results stemmed from employees’ increased value and productivity resulting from changes like those suggested by Ton.

The decision to invest more, and possibly pay more, needs to be made based on a company’s situation and on specific jobs, with customer-facing employees and those critical to the company’s strategy being the most likely for attention. To proceed with human capital investments, companies would need to identify specific human capital strategies and business process changes and then determine if there would be an adequate return on investment through such things as improved employee productivity, higher levels of customer satisfaction, and reduced turnover with its related costs. The returns should be tested in pilot locations first to see if returns were adequate, before adopting them company-wide.

With unemployment levels dipping below 3 percent in many regions, the suggestion is that human-capital management may increasingly be the element of strategy that makes all the difference in a once-in-a-lifetime economy. The tight labor market, for example, in part prompted Amazon to raise minimum wages. It has meanwhile expanded experiments with robots in warehouses and cashierless convenience stores. Although the company has not announced a broader human capital investment strategy, the need for it to stay competitive suggests that Amazon and other companies would be well-advised to take a more integrated approach that would further increase the value-add of employees. Now is an excellent time to consider optimizing human capital investments and management.

Seymour Burchman has been an executive compensation consultant for over 20 years. His work focuses on reinforcing key strategies and leading to improved shareholder value through the identification of performance measures and goal setting processes. He has served companies across a wide range of industries, including financial services, healthcare, high technology and publishing.

This article was originally published in NACD BoardTalk.

Simple Rules for Including ESG In Incentives

There is general agreement that this means that the company should have the competencies and resources to make a material, positive impact on the ESG issue of concern.

Take ESG Compensation Metrics to the Next Level

Spurred in part by the pandemic and the social protests of the past year, shareholders are calling for greater disclosure and commitment to ESG matters, and some are explicitly asking companies to include at least one material, measurable ESG metric in their executive pay plans.

The HCM Mandate for Boards

With long-term success increasingly depending on attracting, retaining and engaging talented people, HCM has become a concern not just for senior executives, but also for the board of directors.

Pressed for greater oversight of human capital management, boards are exploring ways to expand and sharpen their focus on talent.

How to Translate ESG Imperatives into Executive Compensation

By investing in these areas even without an immediate commercial payoff, companies can bolster their long-term positions with both the stock market and society.

The Evolving Disclosure of Human Capital

When approached strategically, a focus on HCM can help companies develop the agile, innovative, and engaged workforce critical to differentiation and meeting strategic goals.

Investor demands, societal pressures and competition for employees are pushing boards to be intentional about where and how they focus on human capital management (HCM). Leading companies view HCM as a value driver and strategic differentiator.

2020 had a profound impact on corporate governance and responsibility, with the pandemic shining a spotlight on health and safety and the national focus on racial justice drawing sharp attention to diversity and inclusion in corporate America.