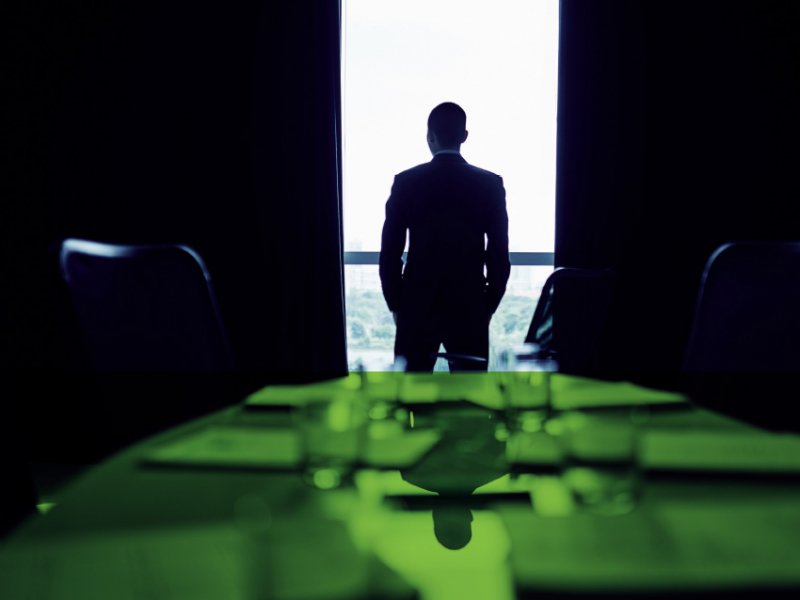 As of March 26 in the 2021 proxy season, 3.5% of the Russell 3000 companies had had a “no” vote in “say-on-pay” resolutions, a jump from last year’s rate of 1.4%. Say on Pay failures are even higher to date among the larger S&P 500 companies including Starbucks, Walgreens Boots Alliance, and Acuity Brands.

It is still early days, but proxy advisors and investors seem to be questioning the pay-performance connection at a higher number of companies. They must decide whether each company’s compensation actions, in their unique context including the experience of employees and other stakeholders, were fair and well-constructed to ensure sustained overall performance over time.

The pandemic was a clear negative for most corporations selling non-essential goods and services. The headwind came not just in the initial lockdowns but over the course of 2020. After fairly normal conditions in January and February, revenue started dropping in March and stayed below 2019 levels through December. While stock prices recovered and now exceed pre-pandemic levels in many industries, revenue may remain depressed for months or years.

In fighting this headwind, many companies eventually made the difficult decision first to furlough some employees, and then to lay some off outright. Those cutbacks only intensified the macroeconomic recession that hurt even businesses that didn’t rely on people gathering in place.

As a result, many executives in these industries had little hope of achieving performance-based pay, which is the majority of their compensation. Their annual bonuses were trending to zero or low payouts, with a number of teams facing three years of performance share units (PSUs) underwater as well. Many boards opted to wait and see how the year played out, and what actions others might take. But a substantial number of boards felt some urgency about retaining talented leaders and providing ongoing motivation. Drawing on available guidance from the proxy advisors—and hoping investors would understand their stories—they adjusted the annual plan, the long-term plan, or both.

For the annual bonus, the most common change was to add new metrics, especially non-financial ones, to supplement goals that were no longer achievable. These new metrics refocused executives on positioning the company to survive the pandemic and thrive afterwards for all stakeholders—and thereby earn some portion of their bonuses after all.

Another common tact, often in combination with other changes, was to reduce the target, the maximum payout opportunity, or both. Boards wanted to maintain motivation by making some level of bonus achievable, while preventing windfalls if the pandemic proved short-lived or new goals were more within reach than previously thought.

Other boards went deeper. They modified the performance period (with different targets for the first and second halves of the year) or reset goals altogether. A good number of boards disclosed that they would use discretion in determining bonuses in order to apply a rear-view mirror look. Discretion may well turn out to have been a highly popular tact, as many other companies appear to have ultimately relied on discretion to determine a fair bonus outcome for 2020.

In applying discretion, most boards relied on a set of objective factors to inform their judgment. These included performance vs. reforecast financials, relative financial and stock market performance (usually vs. their peer group, and particularly the company’s most direct peers), progress on strategic and operational priorities, ESG achievements, and the experience of employees and broader stakeholders.

Boards were less likely to adjust their long-term incentive plans, because of both the uncertainty of the pandemic and investors’ greater skepticism about in-flight changes here. (See Figure 2). Yet with 2020 losses likely making as many as three cycles of PSUs hard to achieve, some boards wanted to do something. Most popular early on were special awards, either for retention of certain executives or for achieving a new additional set of goals.

Another common adjustment was to “de-risk” the long-term incentive mix by reducing the ratio of PSUs to be awarded vs. time-based Restricted Share Units (RSU).Instead of a 60-40 mix of PSU to RSU, for example, boards went to 50-50 or lower; some even switched entirely to RSUs ford 2020 (or fiscal 2021 as applicable).

Some companies, however, did alter the fundamentals of the plans. They switched to relative metrics (e.g., relative TSR), modified the performance period (to isolate pandemic-affected terms), or reduced the target and maximum payout – or any combination of these. Since LTI plans can effectively be adjusted every year, some boards are reverting to normal course ford 2021, but others appear to be continuing on for now.

While making these adjustments, boards also had to grapple with the policies of management toward the rest of the organization and stakeholder experiences. Some news reports to the contrary, boards generally stressed taking care of employee safety and recognizing their efforts during the pandemic, before they considered executive rewards.

Finally, boards recognized that the pandemic could be a kind of crucible for decisions made in previous years. Headwind companies often survived because of solid pre-pandemic actions and balance sheets that won them emergency financing, while peers less well positioned fell into bankruptcy. And in the moment, many management teams creatively found new channels to market, such as restaurant chains becoming “groceraunts” or adjusting capacity to operate as drive-through destinations or ghost kitchens. Some retailers survived by shifting customers to greater online ordering or curbside pickup, while some B2B sellers now offered products directly to consumers as well. Management teams also had to move diligently to restructure their costs to fit a smaller or different kind of business.

Some industries actually got a boost from the pandemic, especially as customers started adjusting their spending priorities. Products and services related to homes, for example, took off as people spent less time away at work.

Boards in these tailwind industries had the opposite challenges from the rest of corporate America. Rather than having unearnable bonuses, they found their executive bonuses trending well above target, and even at maximum. Could they fairly allow executives to “max out” on payouts when the pandemic had boosted their performance? Conversely, for the 2021 bonus goals, can they expect year-on-year growth when the pandemic supercharged the numbers ford the previous year?

Directors had an especially difficult time in industries or product categories whipped back and forth in the pandemic, or at companies where some business units faced headwinds, and others, tailwinds. In the first few months, for example, jewelers suffered heavy losses with the reduction in retail foot traffic. But they prospered in the second half, as households cancelled expensive trips or other purchases and splurged on items like jewelry. Companies with mixed headwinds and tailwinds experiences found gravitating to “one-team” measurement provided the best motivation.

As at headwind companies, tailwind managements still had to work to take advantage of pandemic-driven opportunities. They had to step up to execute against increased demands that stressed their systems, supply chains, and staffing models. Some did this better than others.

Fully disclosed, but not yet garnering much attention, several boards paid no fiscal 2020 bonuses or 2018-2020 PSUs—but did increase future equity opportunities. Some gave out stock options, while others boosted the 2021 annual grants. These grants typically required that certain performance hurdles be achieved, or that the share price reach a certain level before executives could take possession. The idea was for executives to lead the way to recovery before earning any meaningful payout.

These companies essentially doubled down on 2021 pay rather than make up lost ground in 2020. Because these awards are for fiscal 2021, proxy advisors in most cases have not included them in their calculations of 2020. But results here will be an important part of understanding 2020 compensation.

Another potentially distorting factor is the timing of equity grants. Most companies with calendar-based fiscal years set those awards in February or March. At many companies, that meant shares were granted during the price drops early in the pandemic. In doing so, boards were following policies put in place in the wake of the backdating scandals of the 2000s, which made granting equity in a regular sequence a best practice. But this year that practice had the potential unintended consequence of yielding windfalls for executives as shares regained their value after March. Investors will likely look holistically at how these grants fit in with other outstanding grants over recent years. They may further wonder about the implications of the reliance on equity awards in executive compensation.

While all this was happening, boards and leadership teams were also working to put their money where their mouth is on environmental, social, and governance (ESG) issues. Especially prominent were concerns around diversity, social equity, and inclusion, which are increasingly being translated into metrics for executive compensation. Investors will find most companies at the “toe-dipping” stage, with these new metrics included in a general scorecard or as part of individual assessments, not as general metrics akin to the baseline financials.

By starting to include these metrics, boards are communicating a greater commitment to strategic, non-financial concerns. The challenge will be to use the executive incentive real estate wisely and include the measures that will have the most material impact on driving sustainable performance. Their inclusion should create good dialogue with investors as to what results are meaningful for the long term. Investors can check that the ESG goals are substantial and tied to long-term strategy, not easy-to-reach metrics for publicity’s sake.

As they proceed through the 2021 proxy season, investors will do well to pay close attention to the CD&A disclosure. These statements in many cases are longer than usual, as boards lay out the full context of their decisions on compensation, as well as the impact on different stakeholders. That context is essential for assessing these decisions.

The extraordinary developments of 2020 have naturally raised questions about the relationship of pay and performance for executives. Some observers are citing the board adjustments to damn the whole compensation system as “heads I win; tails you lose.” It’s not so clear cut as that, as differential management performance still led to some divergent outcomes.

In addition, boards have introduced some good changes that will likely stick, such as the greater use of end-of-year discretion and a broader focus on stakeholders vs. solely shareholders. These changes included the introduction of non-financial metrics, such as ESG, that supported shareholders’ calls for clearer links between executive pay and strategies to drive long-term results.

This article was originally published in Harvard Law School Forum on Corporate Governance.