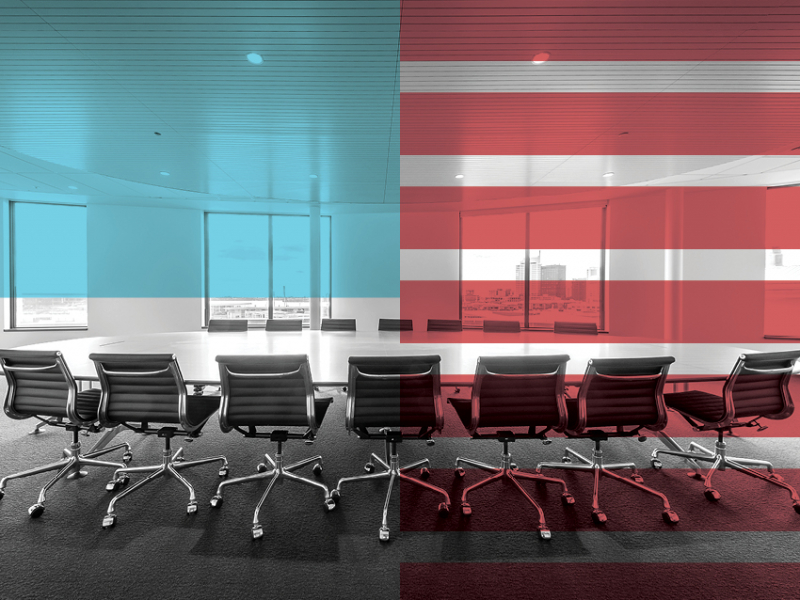 Building a New-Collar Workforce How Boards Can Help America Heal

The turbulent events of 2020 have heightened many American corporations’ sense of political and social responsibility. With the pandemic exacerbating income inequality and climate change still a long-term threat, investors and critics are calling on companies to care for all stakeholders, not just investors. Many boards are attending to their long-standing interests in environmental, social and governance issues more than ever before.

In addition to these good efforts, companies can address another major challenge confronting America — people left behind as a result of globalization and technological disruption.

These efforts will better include high-school graduates in our economy and our democracy while helping companies fill gaps in crucial skills. The pandemic has heightened concerns over human capital and pressing social problems. In representing investors, boards can be a crucial force in convincing management teams to go ahead with these investments.

A new path for skilled workers

With offshoring jobs and rising automation, the American economy might seem to be closing off workers’ chances at a middle-class life. But there’s rising demand for digital skills. “New-collar” workers are essential for building and maintaining the digital plumbing of 21st-century infrastructure — in every industry. They’ll have to work with artificial intelligence and other new and existing technologies, and they’ll be in demand for the long term.

That’s how Lockheed Martin addressed its looming skills shortage in San Antonio, Texas. It worked with the city and local community colleges to establish “Alamo Academies” in aerospace, manufacturing, health care, heavy equipment and IT. In their junior and senior years, students take courses that earn them both high-school and associate-degree credit, and they work as summer interns. The company’s involvement ensures that the training addresses key workforce needs, and graduates will likely find employment.

Microsoft takes a different approach by offering online training through portals such as Microsoft Learn and the GitHub Learning Lab. Over time, as trainees gain competence in high-demand areas, they receive a formal Microsoft-backed certification and gain access to LinkedIn’s job seeking tools. Microsoft supports this effort with $20 million in cash grants to nonprofit organizations to help trainees who might work at any company, not just their own hires.

Yet these initiatives are rare, as most companies worry rivals will poach these trained employees, piggybacking on their investments. Another avenue for training workers without college educations is through formal apprenticeships, which are common in Europe and are starting to expand in the United States. While 80% of Germany’s young adults become employed within six months of graduating from school, having had an apprenticeship, only 40% of graduates (without apprenticeships) do in the U.S.

Here’s where the other opportunity comes in. As policy analyst Oren Cass notes, “American firms have shown limited enthusiasm for such programs when efforts promoting them are not accompanied by reforms that would elevate workers’ status and position them to succeed.” Besides training, companies need to counter entrenched notions that success in corporate life is possible only with a college degree.

Partnering with the public sector

Training programs and efforts to elevate the status of these skilled employees both require collaboration with governments. Up to now, public policy has focused on near-term assistance through redistribution programs to prop up incomes. Those programs, while important, ignore how work adds to human dignity; they can also further stigmatize people without higher education.

A better goal is to build up schooling and training so people stay in the workforce, with corporate participation to ensure workers are trained in high-demand areas. After several decades of public subsidies for four-year colleges and universities, it’s time to redress the balance toward the education paths that most people actually follow.

By working with the public sector, companies can reduce outlays on training (through direct government grants and favorable tax treatment) and overcome concerns about poaching. Associate degrees have the added advantage of being much cheaper than four-year degrees.

What boards can do

Boards don’t initiate specific corporate investments, but they can influence the management agenda. They can start by putting human capital investments on the table. Even if management opposes direct support of community colleges, they can usually expand internships.

Boards can also help broaden their companies’ notions of inclusion. As Paul Ingram wrote in Harvard Business Review, social class is a forgotten dimension of corporate diversity. Too many companies still use bachelor’s degrees as a proxy for management ability, although studies suggest that managers without these degrees are more empathic and less self-serving than their colleagues.

Once directors get management teams focused on these goals, they can develop criteria to hold executives accountable for progress. Nonfinancial metrics are increasingly factored into executive compensation and, as boards experiment, they’ll discover mechanisms that work.

Companies are now under enormous pressure to support all stakeholders, not just investors. By encouraging investment in people without four-year college degrees, they can strengthen their human capital while serving their communities.

Deborah brings over 20 years of experience in compensation and human capital management, with deep expertise in aligning business strategy to talent strategy. Previously, Deborah was Global Head of Human Capital Management (HCM) Employee Experience at Goldman Sachs. Prior, she was at Bristol-Myers Squibb Company as Global Executive and Healthcare Compensation. Deborah holds the designations of Certified Compensation Professional (CCP), Certified Benefits Professional (CBP), and Certified Equity Professional (CEP). Deborah earned a JD from the College of William and Mary, Marshall-Wythe School of Law, and a BA in Psychology from the State University of New York at Albany.

Seeing Your Strategy in a New Light Through CEO Succession Planning

The most critical choice the board makes is selecting the CEO. All boards have strategies that the current management team has developed. A different standpoint on strategy, in turn, may require a different kind of leader.

We recommend boards and directors ask these questions to help understand their role in process oversight, emergency planning, transition dynamics, and more.

Private-to-Public Companies, Their Governance Models, and Influence on Pay

Private companies and private equity- or venture capital-backed pre-initial public offering (IPO) companies fall at one end of the governance and compensation spectrum.

Moving forward, we anticipate that ESG metrics will continue to become more prevalent among S&P 500 companies before hitting an eventual plateau.

Recognizing both the shrinking of leaders’ tenures and the shifting skill sets needed for future success, many boards are now making succession planning a continual process.

How Compensation Committees Can Improve Impact on Talent Planning

How can committees continue to improve their impact on talent planning without “stepping on the toes” of management—recognizing that the administrative responsibility for talent matters is a management activity?

While there is building momentum to adopt ESG related incentive metrics, it is important to consider the company’s specific business and talent requirements before doing so.